A Vegan and Gluten-Free Halloween and Winter Holidays Recipe

Puttering around in the “Raw Fusion Kitchen” the other day, I made this pumpkin custard pie for company.  I had purchased a can of organic pumpkin puree and was looking for a way to use it in a recipe.  Naturally you can use fresh pumpkin to make this a completely raw dish, but considering my sketchy knife skills, carving or peeling pumpkins is not my forte, so I was happy to have this alternative.  Raw Fusion is a practical approach to integrating more raw and living foods into your lifestyle.

For the crust you can substitute with just about any nuts or seeds that you have on hand.  The pecans blended beautifully with the taste of pumpkin.  I had extra custard and extra crust and had some sprinkled over a dish of the pudding the next day.  Also found that the custard (and even the leftover pumpkin puree) was very popular with our three dogs.  Pumpkin is loaded with fiber, potassium, zinc and anti-oxidant-rich beta-carotene.   They are great for humans and their furry friends!  My husband has never been a big fan of pumpkin pies but claimed that this was the best pumpkin-based dessert he had ever tasted.

This month’s massive power blackout on the US and Canadian east coasts illustrates how dependent we are on outside sources of energy. Cities simply shut down when there is no […]

Watch me make this recipe on Daytime TV

Go to any grocery store, especially at this time of year and you will find “do-it-yourself” caramel apple kits and little dipping containers with caramel.  While caramel is one of the most universally cherished sweet flavors, if you read the contents, the first ingredient will invariably be “High Fructose Corn Syrup,” soon to be given a new, somewhat misleading name and makeover – “Corn Sugar”, compliments of that very lucrative industry.  Other commercial caramel ingredients include hydrogenated oils, milk solids and artificial flavorings.

This raw, vegan, dairy-and gluten-free caramel sauce is so convincingly “real” and satisfying that it’s always a winner at my classes and workshops.  Isn’t it nice to know that we don’t need to sacrifice our teeth, blood sugar levels and waistlines for the joys of this ultimate comfort food? 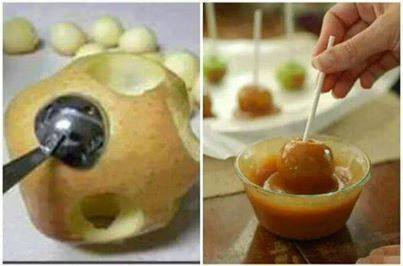 I once overheard a respected colleague refer to someone as having “high permission levels”. While I never directly sought a definition for that term, I was delighted by the imagery […]

No Bake Coconut Balls are gluten free, they don’t require any baking, and there’s no flour in them. See more of Dr. LJ’s videos at eHow.com.

As I am sipping on the first of my green juices for a 3-day detox, I am reflecting on the movie “Fat, Sick & Nearly Dead” which I streamed last night from my Netflix account.

This inspiring film was created by Australian entrepreneur, Joe Cross, documenting his astounding weight loss and reversal of several chronic medical conditions all through “rebooting” his system through a 60-day juice fast.

At a truck stop in Winslow, Arizona Cross met a man who was the same age, extremely overweight and suffered from exactly the same painful skin condition (Urticaria) that had plagued Joe for years.  What seemed like a random meeting lead to a life-changing moment for both of these men.  While Joe had already begun his journey to conscious self-care and better health, Phil Staples weighed over 400 lbs and was living a very reclusive and lonely existence.  When he reached out to the filmmaker, Cross flew back from Australia and gave Staples all of the tools to change his life.

I strongly recommend downloading or renting this 95 minute film through Netflex or Itunes.  The use of animation and provocative interviews with nutritionists and healthy eating pioneer Dr. Joel Fuhrman (“Eat to Live”) and other case studies.

These luscious scones incorporate many of the delights of the autumnal season, from persimmons, to the great fall crop of dates.  You can replace brazil nut mash with any nut milk and the ground chia with flaxseed.  Also use whatever combination of dried berries that you have on hand, including fresh pomegranate kernels.   These scones are ideal for breakfast, midmorning tea, afternoon snacks or nighttime treats!   For a video on how to make nut milk or to get a handy nut milk bag visit this page.

I made two versions of these scones:  One had a small ripe fuyu (Asian-style, round) persimmon chopped and blended into the batter.  In the other batch I used a couple of tablespoons of the Coconut- Mango- Persimmon Spread from one of my favorite online raw foods suppliers, Living Tree Community, in place of the fresh persimmon. One of my all-time favorite food prep ingredients is coconut oil; I adore the nutty taste that I have come to enjoy more than butter; The way it helps emulsify my nut puddings and creamy sauces; When I do cook for family and friends, how it makes an ideal oil for sauteeing and stir-frying — not only the fabulous flavor it imparts, but coconut oil’s high burn threshold makes this a much healthier alternative to olive oil.  You can find virgin coconut oil in health food stores and online but lately it has been available at many mainstream supermarkets.

Non-hydrogenated coconut oil has innumerable health benefits: Rich in antioxidants, lauric acid and other MCTs, coconut oil helps the body absorb important nutrients and minerals, eliminate harmful bacteria, and fight the signs of aging. Professional athletes use it as fule to build lean muscle. It has also been used in smoothies and shakes to stabilize blood sugar.

This year has passed in such a whirlwind that I didn’t stop long enough to do a proper spring cleaning.  I am not what anyone would call obsessive-compulsive about cleaning, but I do recognize the power of releasing clutter – something that inevitably builds up in many nooks and crannies of my home and office.

My good friend and colleague, Dr. Mary Bryant told me the other day that “a good definition of mental health is the process of creating order out of chaos.”  I know that one of the main principles of the “space-clearing” or Western school of feng shui is about getting rid of clutter as the number one priority in creating a healthy, productive and supportive working/living space.  (Here’s an article I wrote about a decade ago on the benefits organizing through feng shui.)

So I decided that I would do a “Fall Clearing” as opposed to spring cleaning.  But I also realized that it didn’t have to be done “all at once” in a frenzy, my usual modus operandi.  It’s a fact of human nature – when we anticipate having to do something that is not our favorite pastime, we tend to procrastinate and resist. 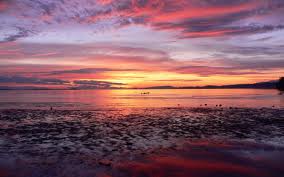 Why is it so difficult for us to believe that we are being guided by something greater than ourselves? That we live in a benevolent universe in which challenges are not punishments, but rather, pportunities to grow? After all, the word “intuition” means to be tutored from within. According to Gary Zukav, we are surrounded by sources of assistance, wise and compassionate guidance is always available (Seat of the Soul, 1989.) Whether this support originates from within (the Collective Unconscious, Superconscious Mind, Inner Guide) or from without (the Divine, Higher Self, Guardian Angel, or Spirit Guide) — insights, hunches, inspirations, and signs are messages from the soul.

Information is always available to us!

For centuries, up through the middle ages, humanity was influenced by superstition. When the Age of Reason dawned, modern man was taught to distrust the unknown, the divining arts and mysticism, and rely only on what could be proven quantitatively and qualitatively. In the vast pendulum swing, which culminated in the Cartesian-Newtonian scientific model, somehow the baby has been thrown out with the bathwater. While the human race has become “smarter” in a technological way, we have also become disconnected from our inner wisdom.

Carl Jung, describing physics as “the strictest of all applied sciences,” also noted that it “depends to an astonishing degree on intuition” (Man and His Symbols, 1968). And if you ever have studied any of Einstein’s (one of the undisputed giants of physical science) more esoteric writings on the meaning of life, it is evident that intuition has played a vital role in his theories and discoveries.