Recipe for Spirit in Honor of Veteran’s Day 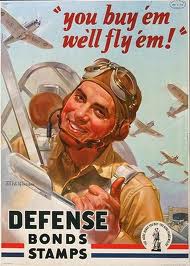 Today is Veteran’s Day when we honor all of the men and women who have pledged to serve our country.  Did you know that  perhaps only 10% remain of the magnificent population that lived through the world-gone-mad war era of the 1940’s?  About 8 years ago my husband read a statistic that WW2 veterans were passing away at the rate of about 1,000 per day.  This galvanized him to document the story of 45 men and women who played a role in the war via videotaped interviews.

This project also had a personal appeal as he wanted to have living histories from both of our fathers, who had served in the Army Air Corps,  His Dad was a pilot who is now 95; Mine, who is 91 barely escaped Nazi Germany, being a Jew who was born in Hamburg to Eastern European parents.  In his interview he shares how left Germany  on a ship barely 2 weeks after the Kristallnacht pogrom and joined the army of his adopted new country a few years later.  Since my mother’s Holocaust history was much grimmer, the war was not a permissible topic of discussion in my childhood, so this gave me an opportunity to learn more about his life.

Jeff located all of the subjects of his documentary; he traveled with his equipment to interview them, often starting the conversation by asking “what were you doing when you heard about Pearl Harbor?”  On a trip to Sacramento where one veteran brought several of his buddies along to give their stories as well, a gentleman spoke about how he was actually right there on Hickam field and witnessed the Japanese planes swooping down to attack with their bombs.  This man had never before shared his story — not even with his wife — and broke down crying when recounting how so many of his friends turned up dead and missing on lists he was in charge of preparing.  It is an amazing glimpse into a piece of heart-rending history.

You can view some of the clips from his  film, “45 Wars” at the page he has set up on his Gerard Films website.  In order to make these stories exciting and relevant to any generation, Jeff added classical rock music and fast-moving footage.  Indeed, his “rockumentary” is being showed to high school kids in Orange County, California.  Right now he is working on getting this film into more school systems and to raise funds so he can go on documenting veterans from every war, as he has a found a passion and a purpose through investing himself in this project.

It does a spirit good to acknowledge and honor those who have come before them; almost 90% of the men and women who believed unerringly in the duty to defend their country whether on the battlefronts or back at home, are gone now.  It is very poignant to realize how few of these everyday heroes are left.

Today let us honor ALL of our veterans, and take a few moments to remember the men and woman of the most selfless and courageous generation our country has known.

For more information on GERARD FILMS visit the website: