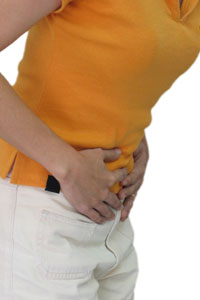 Recently, I had lunch with a colleague at a popular upscale Asian-inspired restaurant  and was very surprised when  the waiter asked, “Do you have any food allergies we should be aware of?”

In over five decades of going out to eat at least once or twice a week, that was the first time I had been asked that question. Now, while growing up, I suppose I knew that some of the kids in my school had random allergies, like to strawberries or to shellfish. But the idea that eating a peanut could kill someone – let alone by being kissed by someone who had eaten one – never crossed through my consciousness. And I remember eating daily peanut butter and jelly sandwiches as our main staple food in camp without any fatalities. How is that our food supply has become such a potential liability, that restaurant kitchens want to be on alert?

I could have responded to the waiter with probably a lot more information than he (and my dining companion) might have liked to hear about my food allergies and sensitivities, but it’s something that I’ve been aware of for quite some time and have learned to modify my eating accordingly, especially when I stick to a high raw foods diet.

Food allergies are becoming quite prevalent in people of all ages. While most of what are defined as “allergies” are acute and abnormal reactions of the body’s immune response, there are also food sensitivities and intolerances, such as gluten and lactose intolerance, which have become more commonly known but are often overlooked in traditional diagnoses. There are also many medical conditions that are either caused or exacerbated by the body’s reaction to food, such as sugar sensitivity, hypoglycemia, diabetes (all caused by insulin resistance), and even some auto-immune disorders. Mainstream medical practitioners are getting more clued into the fact that certain foods as well as dietary choices are the culprits in a wide variety of disorders.  However most medical students have received almost no education on nutrition throughout their years of school and training!

I’d go much farther to surmise that a majority of this country’s medical complaints would be eradicated by eliminating (or mineralizing) certain known food allergens, such as wheat (gluten), corn, dairy, and peanuts. Dr. Mark Hyman included yeast, soy and eggs as potential allergens in an article he wrote on relieving Irritable Bowel Syndrome.In an article on relieving IBS Dr. Mark Hyman wrote for The Huffington Post  he included “yeast, soy and eggs” on that list.

What exactly is a food allergy or sensitivity? In essence, it is the overreaction of the body’s immune system to histamines or toxins. An extreme example would be anaphylaxis, a life-threatening type of allergic reaction, such as to aflatoxin, a mold found in peanuts. Allergies can cause a sudden onset wheezing, hives, or acute stomach cramps, although many sensitivities do not produce such dramatic outcomes. Yet, over time, certain bodily systems can weaken and break down from chronic inflammation and irritation.

Food sensitivities are often hidden and not easy to detect, especially by less-than-enlightened medical practitioners, who also are reluctant to make the connection between food and the body. Symptoms that might indicate some kind of food allergy/sensitivity are:

If you have been unresponsive to treatment for any of the above, there’s a big chance that your diet may be contributing to your health complaints.

We can develop these extreme reactions by having an already weakened immune response or “leaky gut syndrome,” thinning and damaged small intestinal walls that leak toxins into the bloodstream. In a vicious cycle, allergens in our food or medications continue wearing away the gastrointestinal tract, allowing more and more toxicity and undigested protein molecules to be circulated. Our body’s natural response is to produce extra white bloods cells, releasing more histamines – eventually inflammation develops as a safety mechanism. Over time, inflammation becomes chronic and causes a domino effect. Accelerated and aggravated immune responses lead to degenerative diseases.

Here is an interesting paragraph I found from an article on the very informative website,  naturalnews.com.

When Food Becomes an Enemy

Delayed-onset food allergy, also known as IgG (immunoglobulin G) or type 3 allergy, is an auto-immune disease that causes your immune system to overreact when you ingest certain foods. Studies reveal that there are more immune cells in the digestive tract than in any part of the body. The immune cells mistakenly attack food particles and treat them as antigens or foreign invaders, producing IgE antibodies, histamine and other chemicals as an attempt to fight what they perceive as toxins. A person suffering from immediate-onset allergy can only be allergic to up to three foods, while a delayed-onset allergy sufferer can have reactions to as many as twenty foods.

Eventually I came to associate my mounting medical issues with food sensitivities, although I have to admit that it took a long time for me to make the connection that something that I was eating could be causing the problems. Over a period of 7 years, I began developing more seasonal and out-of-season allergies and chronic ear infections. I even developed an allergy to my cat, although she had already been in my life for over 12 years.

I was taking Allegra™, Benadryl™, and I was using expensive nasal sprays that always gave me the sensation that I was shooting poisons into my brain. The chronic post-nasal drip I had when I would lie down to sleep made it very difficult and uncomfortable for sleep, and I started to develop insomnia. My body was so toxic from all the prescribed and over-the-counter stuff, that headaches and body aches were common, which meant that I was also taking too many anti-inflammatory drugs, which tend to further weakening the small and large intestines’ walls. My internist, who is very alternative-friendly, suggested that we should do a blood screen for food allergies.

Unfortunately the lab messed up the allergy detector part of the test, but the results did at least rule out Celiac disease (gluten allergy.) My physician suggested that I self test by eliminating the following foods from my diet for 21 days and then slowly adding them in – one by one – to see gauge how my body reacted: Wheat, Dairy, Corn and Peanuts. For those 21 days I had lots of cravings – especially for corn and dairy, but I showed sensitivity to every one of them as I added them back. Wheat was not a surprise – I had periodically given up wheat/gluten in the past and would notice immediate changes in my body, such as being a lot less puffy and lethargic when not indulging.  Performing the 21-day self test was enlightening but it was not until I made the “non-negotiable” commitment to go to a high raw foods diet a few years later that I found lasting relief from my food sensitivities.

Gluten intolerance is far-reaching; According to my research it appears that one out of every 133 Americans may have gluten sensitivity, but personally I think the numbers go higher. In searching the web, I found another source that put that figure at 40%. In Italy a recent study found that as many of 60% of the country’s youth are now gluten intolerant! That’s an astounding statistic for a country’s whose main food staple is based on dough. Gluten allergy or sensitivity is a tough one as it’s found in items that you wouldn’t even think about, such as vitamins, shampoos, sunscreens and lipsticks. Sadly, it’s in just about all processed foods, too. Gluten sensitivity has also recently be found to have a link to acne and other skin disorders.

An effective rule of thumb is to watch what you crave. If you think a lot about a certain food and consider that it would be tough to live without, your body has some kind of sensitivity to it.  It is also likely that this particular food plays a big role in weight gain.  When I first contemplated becoming a raw vegan, the idea of giving up cheese seemed insurmountable but what I difference in my overall health and weight maintenance when I made that crucial switch!

The way I have come to look at food as a primarily raw foodist is: Every thing we take into our body is either going to function as a nutrient or an anti-nutrient. Our food chain has been so compromised, our soil so depleted, our bodies extremely overworked from processing out so many environmental toxins, that we need to give it as much help as possible by maximizing our nutrition and minimizing the toxic overload.  If you have any clues that a certain food may be causing or exacerbating any health or weight issues, I strongly suggest that you get tested by a traditional blood panel or holistic practitioner.  Or, the easiest and most inexpensive way – spend some time away from that food and gauge for yourself by how you look and feel. 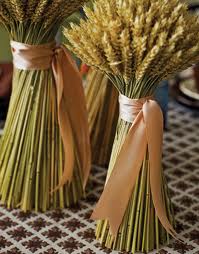