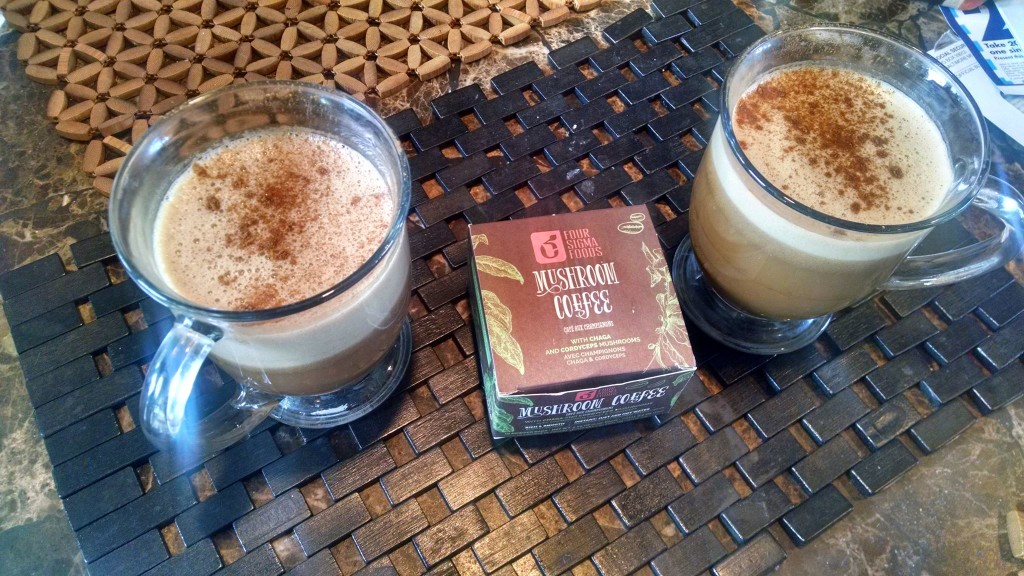 Have you heard of “bulletproof coffee”?  Something that has been around for the past few years has become the “rage” among health-conscious individuals who love their coffee but not the high-acid, mold, heavy metals and toxins that are found in most commercial brands.  This “upgraded” version of coffee is made with Arabica beans that are less susceptible to molds and instead of using cream or other dairy (or non-dairy) creamers, you add a tablespoon of grass-fed unsalted butter and some coconut oil and blend it up to a nice froth.  Sounds quite unusual but the taste is surprisingly smooth and satisfying.

I believe that the original inspiration to adding butter to coffee came from the Tibetan tradition of adding yak butter to tea, reputed to sustain energy in high elevations and provide ongoing warmth and nutrition in such a cold and challenging climate.

Being much more of a tea drinker than coffee, I was not really interested in buying whole beans and having to grind them, etc.  I do own a coffee grinder that I use for spices and seeds but I don’t have any coffee brewing system.  So when I found Four Sigma’s instant Arabica coffee that is combined with medicinal mushrooms (I have tried the cordyceps version but they also have one with Lion’s Mane) I had the idea of making it bullet-proof style.

Good quality coffee is an antioxidant; Medicinal mushrooms are said to reduce the jitter that caffeine can cause as well as offering other nutritional benefits.  Grass fed butter (something I added to my diet last year in spite of being mainly plant-based) is high in Vitamin A, carotene, Vitamins A and K and may even reduce inflammation and optimize cholesterol.  Coconut oil has a whole bunch of benefits that I’ve covered in depth in previous blogs.

My husband loves caramel latte but they are just a mess of sugar and casein and artificial flavors.  He is totally on board with replacing his Starbucks and McCafe standards with this Caramel Latte creation.    The caramel flavor comes from an amazing superfood powder called “lucuma” that I use for a wide variety of raw fusion treats.  I also add a bit of cinnamon and cardamon for blood sugar and hormonal balance.

I love the convenience of Four Sigma’s instant packets!  The taste is great.  Not “inexpensive” but on the other hand, MUCH cheaper than a Starbucks latte, and much better for you.  Use this code to get a discount on your first order:  drljrose  at this link.

Place all ingredients in a blender and run for about 30-40 seconds until a foamy layer forms on top.  Pour in coffee mug and sprinkle with extra cinnamon.