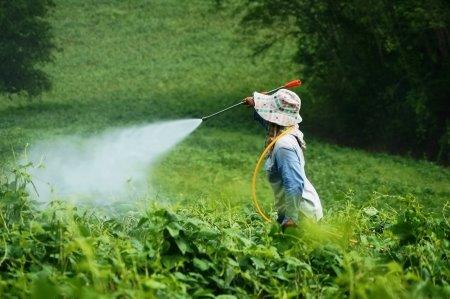 Contributed by Amor Santovena, a candidate for Holistic Health and Life Coaching certification by the Natural Wellness Academy.  You can sign up for her program to make simple changes to eliminated toxicity from your household. here.

Here are some striking facts I learned about pesticides:

3.   In spite of this, the use of pesticides has increased worldwide.

4.  Pesticides are a 12.5 billion dollar industry in the US alone. [source]  This article states how market analysts forecast revenues of over 52 billion US$ in 2019.

6.  According to panna.org there are more than 17,000 pesticide product currently on the US market and many of them are “approved through ‘conditional registration,’ a regulatory loophole that allows products on the market quickly without thorough review.” It is worrying that products are allowed in the market without proper tests or even knowing their environmental impact.

7.  Agricultural use accounts for 80% of pesticide use in the US. The rest is used by the industrial, commercial, governmental and home & garden sectors. While this may suggest that it is an agricultural problem this is not the case as you can see in the points below.

8.  “Pesticides are also found in the majority of US households with 78 million out of the 105.5 million households indicating that they use some form of pesticide.” [Source]

9.  Urban use of pesticides has a major environmental impact in the US as this article shows: “The herbicides 2,4-D, diuron, and prometon, and the insecticides chlorpyrifos and diazinon, all commonly used by urban homeowners and school districts, were among the 21 pesticides detected most often in surface and ground water across the nation (US Geological Survey, 1998)…The USGS also found that concentrations of insecticides in urban streams commonly exceeded guidelines for protection of aquatic life (US Geological Survey, 1999). According to USGS, ‘in general more pesticides were detected in urban streams than in agricultural streams,’ (Bortleson and Davis, 1987–1995)

10.  An astounding statement I discovered in this article which reveals the global extent of the problem: “every human contains pesticides in their fat cells.” Think about that for a moment: Every human…

11. “It is clear that most people in the US carry a significant body burden of pesticides and pesticide metabolites” according to Chemical Trespass which looked at data by the 2003 Centre for Disease Control report. I was surprised to know that the accumulation of chemicals in our bodies is called body burden. No kidding!

12.  Pesticides are everywhere, not just in farmland. Golf courses, some schools, swimming pools and parks use pesticides. Consumers are exposed to pesticides through food and water residues. The herbicide atrazine is found in 94% of US drinking water tested by the USDA.   It is also amazing to think that pesticides had made their way to everyday products like toothpaste and head lice lotion.

13. Pesticides travel long distances and can be found in remote places on Earth.

14.  Pesticides have been linked to a range of health issues and chronic diseases. We can learn a lot by the way pesticides work on the animals they target and see what impact they can have on humans. For example, insecticides target the brain and nervous system of insects, “which can mean they have neurotoxic effects in humans.” [op.cit. panna.org]

15.  I found a variety of health impacts across different resources mentioned throughout this research such as increased risk of certain types of cancer, Parkinson’s disease, neurodevelopmental effects like autism and ADHD, suspected Disruption of hormone system, affect thyroid function, infertility, decrease fertility and declining sperm counts, reduces male penis size in animals and can produce un-descended testicles, affect fetuses in early stages of development, in utero and even if a parent was exposed before conception, crossing the placenta barrier during fetal development can result in low birth weight, reproductive problems including low sperm counts and other fertility problems later in life and disruption of neurological development during infancy, potentially leading to learning disabilities and other neurobehavioral problems, reduced lactation, shortening the time mothers are able to breastfeed, cause birth defects, weakening of immune system, affect the human nervous system, interfering with the transmission of nerve impulses, development effects, increase in childhood cancers, etc.

16.  The report Chemical Trespass reveals that the effects of certain pesticides happen “at very low levels of exposure. Almost nothing is known about the long-term impacts of multiple chemicals in the body over long periods.”

17.  Another article states that “certain environmental chemicals, including pesticides termed as endocrine disruptors, are known to elicit their adverse effects by mimicking or antagonizing natural hormones in the body and it has been postulated that their long-term, low-dose exposure is increasingly linked to human health effects such as immune suppression, hormone disruption, diminished intelligence, reproductive abnormalities and cancer (Brouwer et al., 1999; Crisp et al., 1998; Hurley et al., 1998)”

18.  “While during the first two decades of pesticide research focused largely on man-made chemicals capable of mimicking estrogen, within the last five years we’ve seen that expand to include estrogen blockers, androgen blockers, progesterone blockers and compounds that interfere with thyroid. This last one is especially important because thyroid hormone is key to proper brain development.”   [Source]

19.  “The developing fetus is exquisitely sensitive to both the natural hormone signals used to guide its development, and the unexpected chemical signals that reach it from the environment. Both the natural signals and the chemicals that disrupt them act as “morphogens.” They guide the fetus through forks in its developmental path and also help set its sensitivity to subsequent hormonal signals. This involvement of setting sensitivity can have life-long consequences. New science, for example, on the developing prostate, shows that natural and synthetic estrogens experienced in the womb can lead to enlarged and hypersensitive prostate in adulthood.”  (op.cit.)

20.  Some of the synthetic chemical compounds are notorious because they accumulate in our fatty tissue. These chemicals can then bio-accumulate up the food chain, and can be passed on in the womb and through breast milk.

21.  There is no data on pesticides available to the public so we remain ignorant of the scope and impact that pesticides have on the environment and our health.

22.  The full extent of the effects of pesticides and their impact is not fully understood.

23.  The attitude and whole emphasis of governments and official organizations is on risk assessment. This attitude allows them to continue the use of pesticides until unequivocal research comes out stating the devastating effects on the environment and human health.

24.  Even if they are banned in one or several countries they continue to be use somewhere around the world, releasing residues that will come to affect us at some point since these chemicals don’t just disappear and travel great distances.

25.  There is no prevention, which would imply to test and have solid proof that a product poses no damage whatsoever before releasing it into the market.

26.  The report Chemical Trespass (published by panna.org makes Dow Chemical Company responsible for the chlorpyrifos. The company continues to produce and promote the pesticide in the US and internationally, despite strong evidence of significant public health impacts.

28.  The facts are that people in the US are “carrying dozens of chemicals in their bodies—and perhaps hundreds more not yet tested for. Data comes from the National Health and Nutrition Examination Survey (NHANES) 1999–2000 “in which 9,282 people in 26 US locations were interviewed and tested for 116 chemicals, including 34 pesticides.” [source] Note that they were not tested for all the possible chemicals or pesticides and that the number of pesticides is increasing so as new pesticides come into the market those figures could be substantially larger.

29  “OC compounds could pollute the tissues of virtually every life form on the earth, the air, the lakes and the oceans, the fishes that live in them and the birds that feed on the fishes (Hurley et al., 1998).”

30.  Economic cost: “The economic impact of pesticides in non-target species (including humans) has been estimated at approximately $8 billion annually in developing countries.”  (op. cit.)

Pesticides have been found in the most remote areas of the planet and have contaminated every part of the environment. Residues are found in soil, air, water, plants, animals and humans. Pesticides are a threat to life. How much is life worth? How much is the cost of cleaning all those residues up and is it even possible? How long will they remain in the environment? How much does your health cost?

Economic interests seem to be more prevalent than any regard for the environment or concern for public health. The current modus operandi of pesticide manufacturers and government agencies is to use first, test later and eventually ban the product after public outcry while substituting it for another product much worse, either a chemical or bio-engineered crops. The public thinks that products are first evaluated and deemed safe and that is why we are using them but this could not be further from the truth.

While this picture I have painted may seem depressing at first; after all, what can we do if governments and corporations are destroying the environment? I am here to tell you that there are so many things you can do to change this picture and to bring yourself and your family back to a state of health. 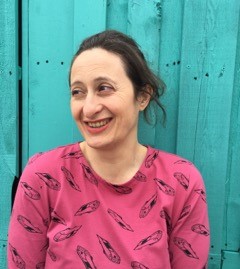 Amor Santovena is the creator of the website/blog “Living in Harmony With Nature.”  She is a health coach in the making — passionate about helping women to take control of their health. When she’s not researching or writing for her blog you will find her on the garden playing with her daughter or going for walks along the shore. If you would like to eliminate pesticides from your home, click here.