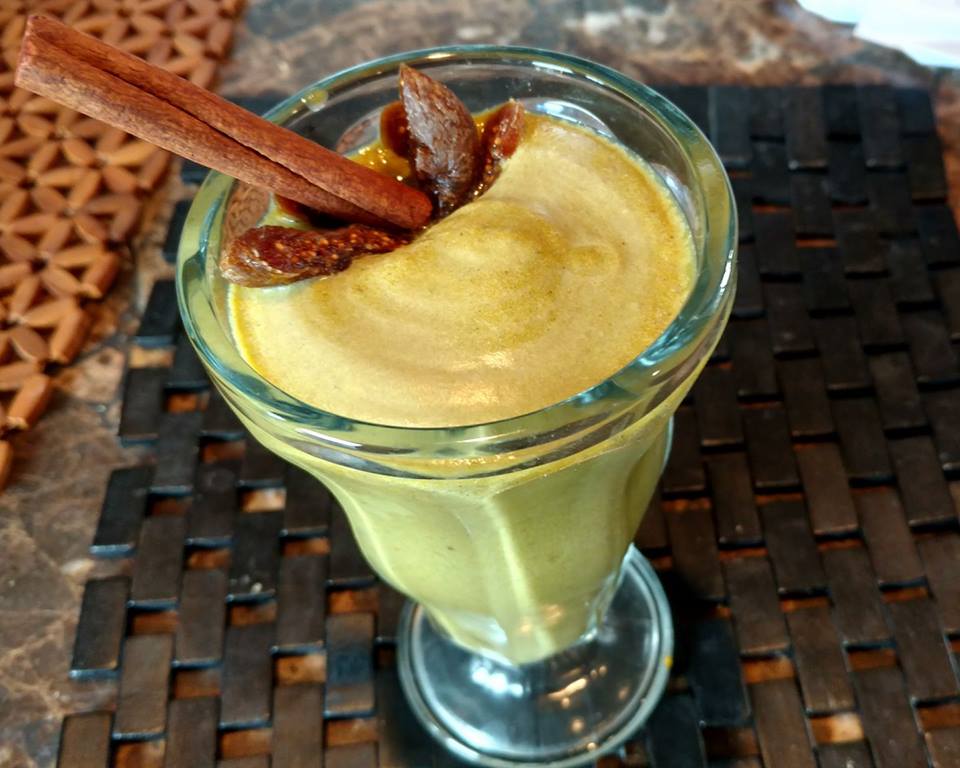 Since I started creating Raw Fusion recipes (2009) I’ve traditionally concocted Pumpkin-based delights every year.  You can find most of them on this page.  This year we are so busy with the launch of several brand new certifications but I wanted to keep the tradition alive, so I went for simple.  Simple but succulent!  This is a smoothie recipe that would be great for dessert, for an afternoon snack and definitely an autumn go-to breakfast. 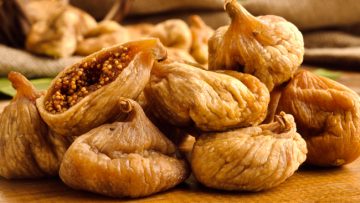 I happen to love figs — fresh or dried — and use them often for sweetening and creating raw nut/seed-based treats in lieu of dates.  So, I used figs and date as the sweetening agent; First I soaked in about 1/4 cup of water and also threw the soaking water in the smoothie.  There were still little yummy pieces in the mix and have to admit to loving the texture.  Figs are chock full of fiber and high in calcium, potassium, magnesium and Vitamin K.  If you don’t have any on hand, try a half frozen banana.  And if you like your smoothie sweeter, add a little maple syrup, coconut nectar or (non-vegan) honey.

*You can replace the figs and dates with half a frozen banana to add sweetness.  I really love the texture of the pieces of the fig pieces, although they were softened by the soaking

Place all in the blender and run until smooth.  Add more ice as needed.  It was rich and filling so I saved half and it was still delicious the next day.

These are the wonderful dried figs I get at Costco – a nice big bag, but it doesn’t last very long in my house… 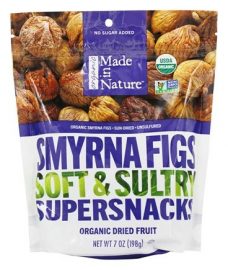