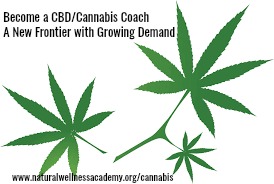 Turns out, Medical marijuana and CBD oil (a non-psychoactive compound found in cannabis), are very effective tools for both psychological and physical healing.

A recent University of Indiana study found that upwards of 50,000 lives could be saved every year in the United States if medical marijuana were legalized nationally. U of I Professor of Biology Thomas M. Clark, says, “Cannabis use is associated with a substantial reduction in premature deaths in the United States.”  He added that the remaining states’ refusal to legalize medical marijuana is contributing to the deaths of an estimated 6,100 to 9,000 U.S. citizens every year.

That’s right.  Medical marijuana is performing “miracles” these days. And researchers say they’ve only scratched the surface of the possibilities.

Although it has been recognized for centuries in Chinese and Ayurvedic medicine, the modern science behind CBD and medical marijuana’s breakthrough treatments was discovered barely two decades ago.  That’s when a study aimed at determining the adverse effects of cannabis on the human body, instead identified the human endocannabinoid system (ECS) and marijuana’s hugely beneficial impact on mammalian wellness.

The human ECS is essential to functional life and health.  Found throughout the body, our endocannabinoid system bridges mind to body, coordinating communication between the brain the central nervous system, cardiovascular system, respiratory system, gastrointestinal system, musculoskeletal system, immune system and other areas of the body.

Comprised of cell receptors and biochemical molecules called agonists, the endocannabinoid system promotes homeostasis– maintaining a stable internal body environment despite fluctuations in the external environment.  The endocannabinoid receptors act like locks on your cells until the key-like agonists bind to your cells, relaying very specific functional instructions.

The ECS regulates a wealth of day-to-day body functions including:

When this endocannabinoid system is disrupted and falls out of balance, it can lead to dysfunction and disease.  Clinical Endocannabinoid Deficiency occurs when the body does not produce enough endocannabinoids or cannot regulate them.

Cannabinoids are chemical compounds produced by the human body that trigger these cannabinoid (and other) receptors that modulate physiological systems in the human brain and body.

Researchers have found more than 100 cannabinoids in marijuana plants, with THC (tetrahydrocannabinol) and CBD (cannabidiol) the best known, that will function within mammalian bodies, just like natural-produced cannabinoids to help maintain homeostasis, reduce inflammation, prevent disease and stay healthy.

Medical Marijuana Coaching is a fast-growing field with a virtually endless list of possibilities.  It makes a great adjunct for Clinical Hypnotherapists and Holistic Health coaches to incorporate into their practice, especially as legalization expands.  Medical marijuana is currently legal in 29 states plus D.C, with recreational marijuana legal in 8 states.  CBD oil is currently legal in all 50 states.

Doctors are scrambling to get the proper information to their patients and relying on competent professionals to educate their clients in the myriad of strains, dosages and applications of this wondrous plant.   CBD/Cannabis coaches may work with resource centers or medical dispensaries; educating alternative therapists in their community, assisting physicians, speaking at senior residential communities, providing hands-on practicum to patients and their caretakers, and disseminating information to their client base on how CBD or medical marijuana may enhance their healing and self-improvement goals.

The Natural Wellness Academy offers a CBD/Cannabis Certification program comprised of 7-9 fascinating modules that cover everything from history to methodology and science to maximizing mind/body healing.  For more information, visit https://www.naturalwellnessacademy.org/cannabis/.   LAUNCHING 11/1/17