Frank Scheckells is a candidate for the NWA CBD/Cannabis Coach Certification Program.  He shares his  story of hope and healing through the use of medical cannabis, which is what inspired him to educate himself more and help others.

In my 50 years in life, I have been many things.  Professionally I have been a carpenter, a mechanic, machine operator, salesman, manager of operations and comedian.  Personally, I have been mainly a dad, husband, caretaker, and solver of problems.  Whether they be my problems or someone else’s issues.  I have always given 100% of myself to both my professional careers and personal relationships.  I come from a very dysfunctional family that would make most people cringe.

The experiences that I have survived have given me a sympathetic heart that goes out to others that have experienced similar trauma and pain.  I have suffered (medication and therapy free) through PTSD, anxiety disorders and depression most of my life.  All the while, not realizing what any of those things meant. 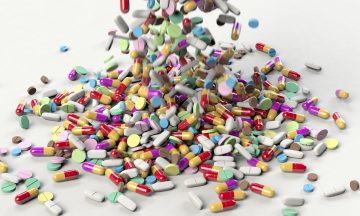 It was not until I met my wife (Bethie) in 2008, that I realized what those things were, and that other people suffered in similar ways.  Bethie is the balancing part of my life that I was missing, and when she came into my life, I knew that I could not live without her.  We married in 2010 and she moved from Montana to Maryland to be with my daughter (11 at the time) and I.  It was shortly after the move that she started to experience some back pain.

After a surgery to correct a bulging disc, the pain did not go away.  The pain spread down her leg, and she lost mobility.  After many years of tests, x-rays, and MRIs they concluded that she had Complex Regional Pain Syndrome.   Neither one of us had ever heard of this before and the Doctors had no real answer either.  The only thing they could do was throw narcotics and medications at her that had horrible side effects.  I have been through a lot in my life, but nothing is worse than watching someone you love in horrible pain.  What is worse, is that you really cannot do anything about it but just try and make life easier for them.  It was not until medicinal marijuana was legalized in the State of Maryland that we had some hope for relief that she was not getting from the narcotics.  What we found was more confusion.  Just like when she was diagnosed with CRPS, the Doctors really did not have much knowledge on Marijuana.  They just pretty much rubber stamped the recommendation and said, “Go to the dispensary and they will help you out”.  That is what we did, AGAIN, we ran into inexperienced and minimally educated bud tenders that just throw products at you.

While their intentions were in the right place, not having the proper training or education kept them from helping more.  This was all new to us, neither one of us were heavy marijuana users, just the occasional joint when we were younger.   So, the research began on my side with different strains, products, tinctures, and oils.  It was overwhelming to say the least and expensive.  After several thousand dollars and two years later, we found that making our own THC/CBD infusions helped more than anything else.  We also educated ourselves on terpenes and the important roles that each one had in alleviating her pain.  I also found that these infusions also helped me in my anxiety, depression, and PTSD symptoms.

Paving the Journey to Wellness 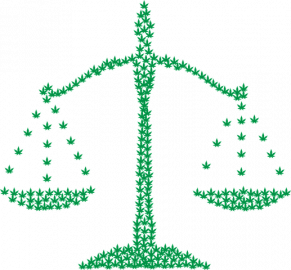 We both pride ourselves on being intelligent people, but we really felt like dummies at the beginning.  I thought to myself, I really wish there could have been someone to assist us, someone with the knowledge that I had to go on a two-year hunt to find.  After searching for such a person, I found the Natural Wellness Academy.  After doing research and reading about the Medical Cannabis Course, I thought I could be that person.  I could use what I learn, what I already know and help others that are going through the same pain that my wife and I are experiencing.  I could assist people and point them in the right direction/product to alleviate their symptoms based on their medical conditions.

It is easier to help someone through hell when you have gone through it yourself.

There are so many people experiencing chronic pain, both physical and mental pain.  I have experienced/witnessed both and I know what Cannabis has done for my wife and I so far.   While cannabis still carries a stigma, there needs to be more education to those people who still believe that cannabis is a harmful drug.  That there are more benefits to this natural plant than just getting high.  We have experienced those benefits and I know that once people get past their preconceived notions about cannabis, that it can be life changing.

I would like to see myself working with people with similar issues as my wife and me.  People who are chronic pain sufferers.  People who have had traumatic events in their life and do not want to take Big Pharma drugs or narcotics.  Who are tired of being sick and tired, who want a better quality of life.  To be able to assist someone on their journey of finding hope in a hopeless situation.

Sounds like a helluva way to spend a day at work, huh? 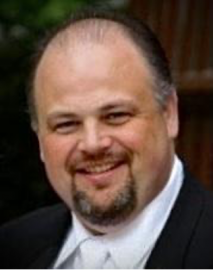 Frank Sheckells, born and raised in the eclectic inner city of Baltimore, Maryland.  I am currently a Senior Operations Manager for a property management company.  I am the proud husband of Elizabeth (Bethie), father of a gorgeous daughter (Bethany) and a sweet little maltese named Pickles.  My wife suffers from several diseases including CRPS, Ehler Danlos and Fibromyalgia that cause chronic pain.  This led us to explore alternative ways to alleviate her pain. After having some success with cannabis, I stumbled upon the Natural Wellness Academy.  I just recently started my journey in the Cannabis Coaching Course after personally finding out there is a great educational gap between Doctor and Patient.