Natural alternative scrumptious snack In days gone by I could easily have polished off a jar of Nutella in a matter of 2-3 days (if not sooner!)  I once kept an unopened jar in the kitchen as a temptation to fortify my resolve to lose weight.  This was years before I became a lot more  […]

Make your raw food experience ultra-appealing with these 5 Raw Fusion Ingredients Dr. Oz, when asked what he thought of eating mainly raw foods, made this statement:  “There are immeasurable benefits to maintaining a raw foods diet”.  I can vouch for that!  But if you dissect what Dr. Oz said, let’s key in to the […]

Host a “Fiesta Mexicana”  with  “Raw-Fried” Sunflower Beans, Cashew Sour Cream, Guacamole and Salsa Fruta – Raw and Raw Fusion, Vegan, Gluten-Free This is always a crowd pleaser when I make my “Fiesta Mexicana” for classes and workshops.  You can serve this on a romaine leaf “burrito”, over a bowl of organic tortilla chips for […]

Dehydrator Magic with Oven-Prep Options I grew up in the midwest and spent over 25 years in Souther California so “Fried Green Tomatoes” was not something that you would see on a menu.  Once the movie came out, I was very curious to try them. Who doesn’t love fried food?  There is something utterly delicious […] 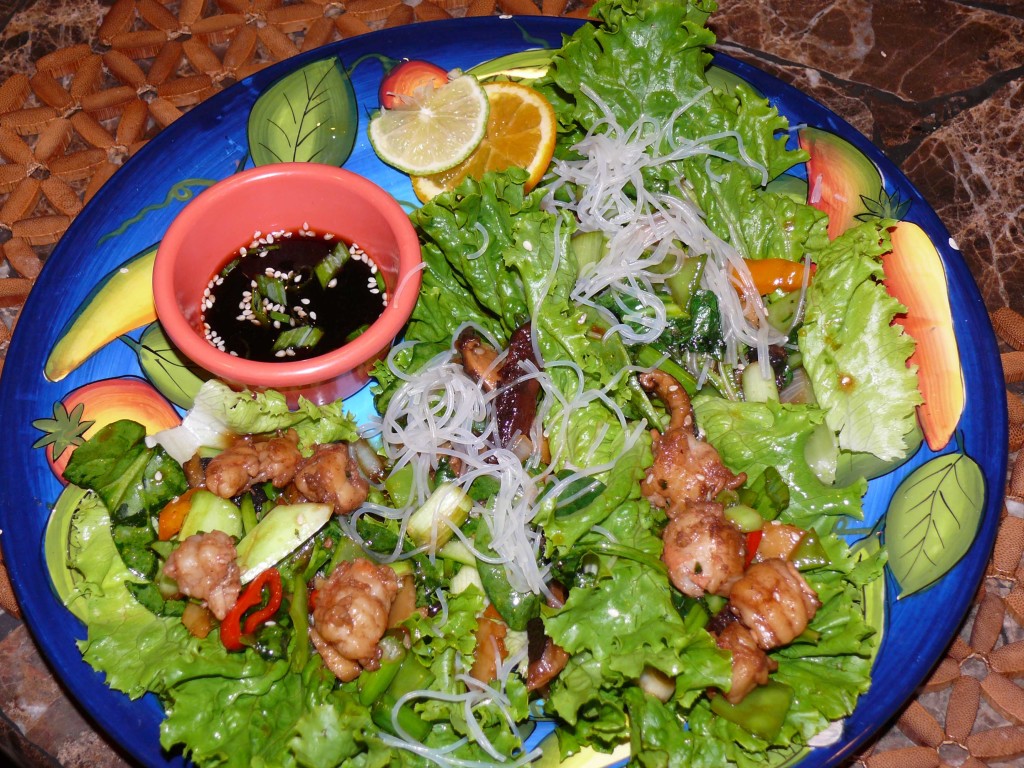 The Raw Fusion Lifestyle aims for about 50% of your food being raw, which is a worthy way to combat inflammation and make sure that you get the maximum nutrients and enzymes from your daily food intake.  Other Raw Fusion tenets include a) having at least two significant servings (1-2 cups) of greens per day; b)  better food combining to avoid allergic reactions and inflammatory response; and c)  meal prep should be manageable and practical so that this way of eating has staying power, which is the secret to a lifestyle vs. being on a diet.

Lettuce wraps make the ideal Raw Fusion Meal.  Whenever I am able to order them in a restaurant, they are my go-to meal, and also make them often at home for the whole family.  The more greens you get in and the less starch you consume (bread, rice) the better you will feel and managing your weight should be effortless. 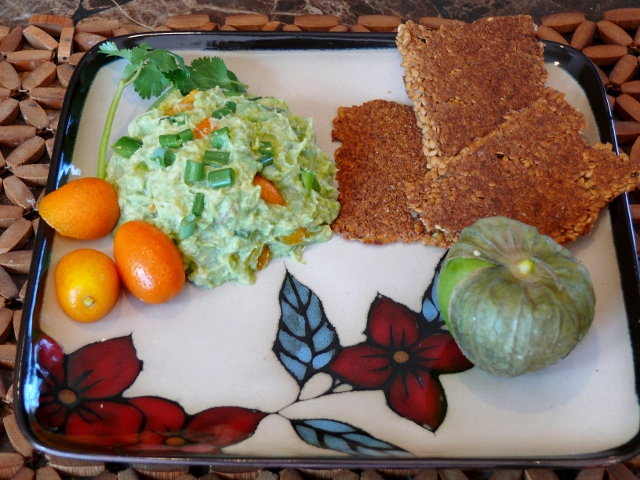 Guacamole adds such versatility to a Raw Fusion Lifestyle:  You can use it as salad dressing or make an impromptu meal by slicing up veggies and dip; I also use guacamole as a base for nori wraps.  There are many variations to this Mexican flavorful dish.  Whenever I eat enchiladas, I prefer the green tomatillo sauce so decided to use them in lieu of red tomatoes, as I prize their slightly sour taste.

Here in Florida it’s kumquat season and I almost went to the annual Kumquat Festival about 45 minutes from Tampa in Dade City but decided not to subject Z to crowds of over 40,000 for a fruit that he has no interest in.   Since I have been buying organic ones at my local health food store I decided to try them chopped up on avocado toast and liked that tangy sweet/sour flavor so much that next I added them to guacamole.

Raw Vegan and Gluten-Free Meatless Monday Fare for the Family A few years ago I developed this recipe for a raw foods pot luck luncheon.  It is so surprisingly similar to deviled eggs in both appearance and taste that it has been a requested favorite by friends and family. The Raw Fusion Lifestyle is […] 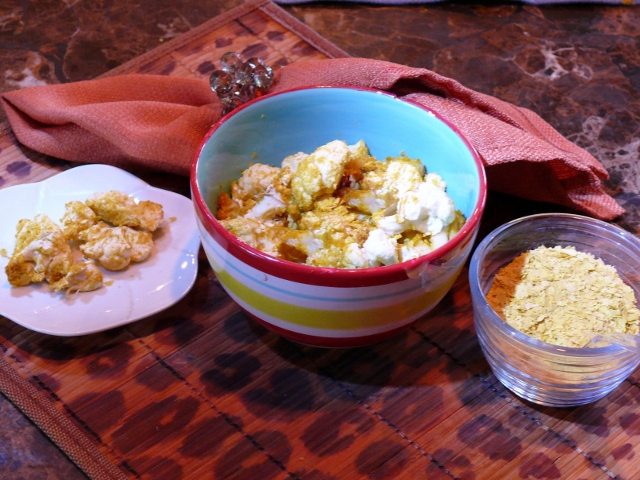 I love popcorn — in fact, anything corn from tortilla chips, to polenta, to corn on and off the cobb (when I was a little girl I used to call them “up corn” and “down corn”, respectively).   Because of the potentially serious health hazards of the genetically engineered strains that dominate most of our US marketplace, I would only buy organic brands, but last year it became apparent that this yummy grain and I are not compatible.

Shopping at a local health food store the other day, one of the employees who shares my love of raw foods told me about this recipe:  Just clean the cauliflower, break into bite-sized piece, put in a plastic bag or bin, pour over nutritional yeast, shake and dehydrate for 5 hours for a popcorn-like treat.

Dr. LJ demonstrates how to make organic jam using the fruits you have at home! See more of Dr. LJ’s videos at eHow.com.

An Ultra-Simple, BPA-free, and Mouth-Watering Recipe!

Thanksgiving always means having a few cans of jellied cranberry sauce around our house.  While my husband has adopted several of my raw fusion recipes into his repertoire,  old habits die hard — so, roast turkey = canned cranberries.  Over this past year he has become quite a fan of Dr. Oz and has made many lifestyle adjustments.  When I mentioned that a recent study came out that soaring BPA levels have been found in many canned holiday staple foods, he is ready to try my homemade alternative.

It seems ironic to me that we have come to depend so much on canned and processed versions of foods that not only taste superior when made fresh — they are also loaded with nutritious micronutrients and antioxidants.  None of these nutrients are compromised in any way in the recipe below as it is completely raw!    And most importantly they are NOT loaded with preservatives, sugar, genetically modified organisms and chemicals that leach from the linings from the cans.  BPA ( the compound bisphenol A) has been linked to adverse health effects.

Cranberries are a superior source when it comes to phytonutrients, evidenced by their brilliant scarlet coloring; Being harvested on the surface of bogs, they absorb sunlight, which increases their antioxidant effect.  They have been credited with removing bacteria from the stomach lining, helping to prevent and cure urinary tract disorders and improving cardiovascular health.  They are high in Vitamin C, Vitamin K and Manganese and also a great source of dietary fiber.  I don’t think that the canned varieties can boast of these nutritious gems!